A drive to Cleveland – boring but easy, lulled by a new talking book ‘The Paris Wife’ – a story about Earnest Hemingway written from the point of view of his wife and about their meeting, marriage and their time in Paris. So, again the journey passed quickly and we checked in at the hotel, and then drove to The Winchester run by Jim Miletti. Neil has played this venue several times before and it is always a nice gig to do. The sound is good and a Roland piano has been supplied, but it is an older model without the choral button, so no ‘Surly’ tonight. The gig goes very well without it, however, and people go home happy. There were more people here than last time – takes years to build an audience and we often think how good it would have been if Neil had started touring America like this twenty years ago. 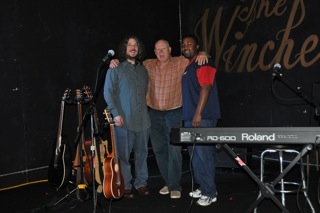